Armando and I arrived uneventfully after a 13 hour flight that should have been more uncomfortable than it was. I slept through most of the flight but Armando only got about an hour of sleep by design, to ease adjusting to the timezone. The most interesting thing about the flight was that on the inflight entertainment system, you can read the Qur’an and bring up an app that tells you which direction Mecca is in at all times. 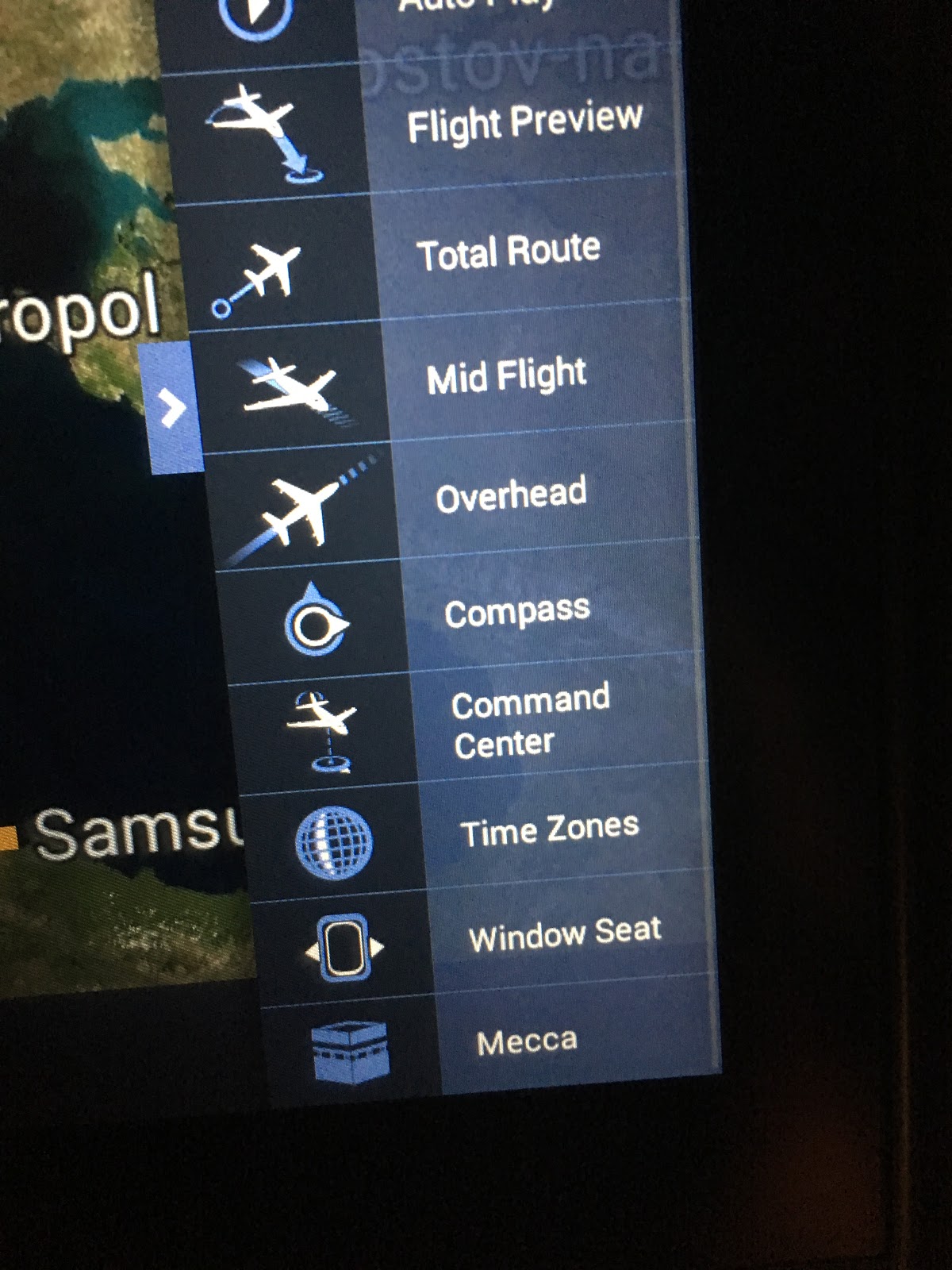 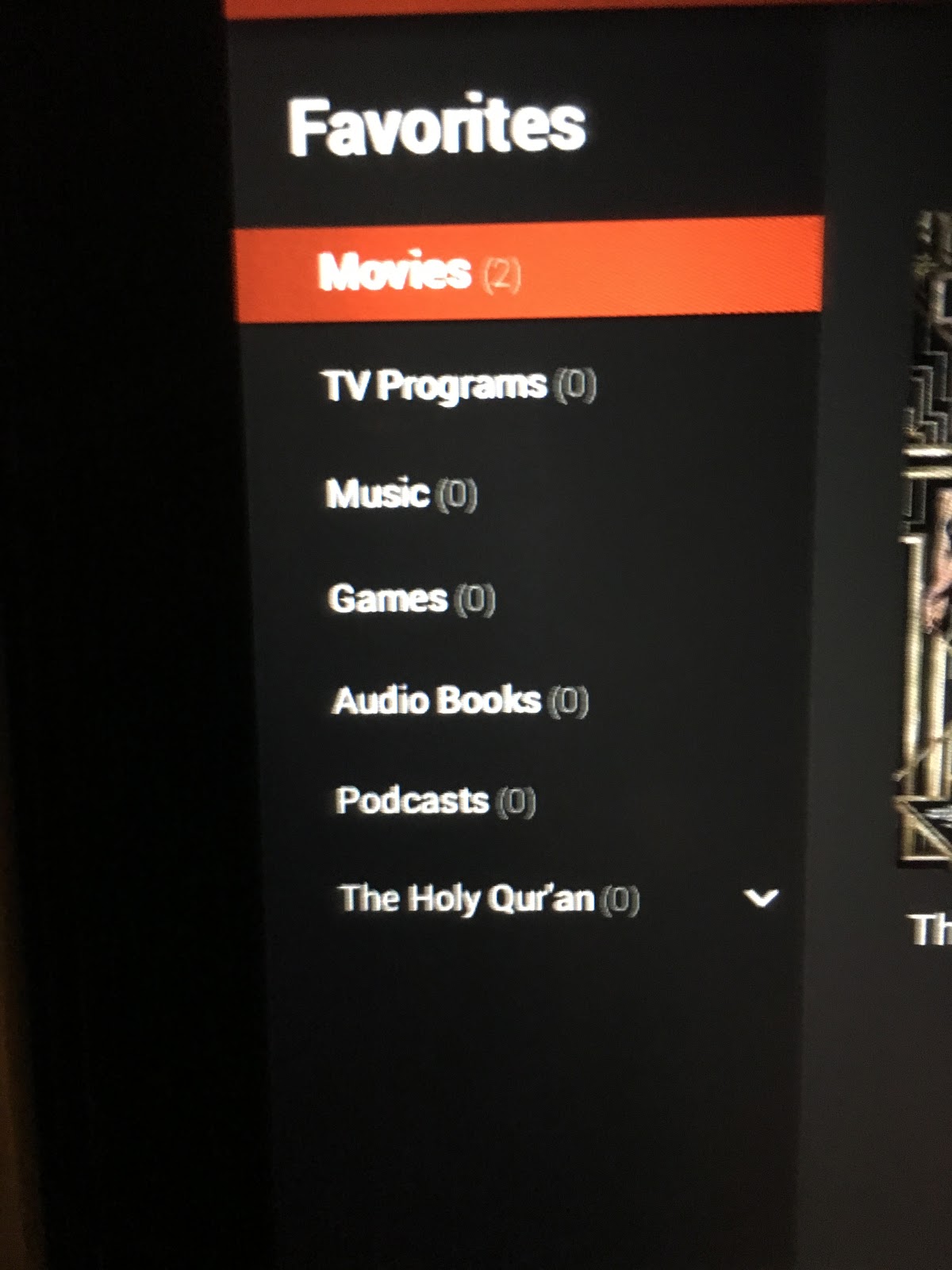 The airport was a breeze, though the customs guy seemed baffled by Armando’s passport and stamped the entry on a random page of text. Hope it won’t be a problem when we leave. The new airport is a good hour from downtown by car, and the highway is apparently very strictly speed controlled despite being a multi-lane controlled access road, but the ride was uneventful. I was happy to get the adoration I richly deserve when we checked in to the hostel.

To power through the evening, I convinced Armando we should go for a brief walk rather than collapse into bed at just 7pm. As a nominal destination, he chose Sirkeci Railway Station, former terminus of the famed Orient Express, though today just a commuter terminal. The grandeur is certainly gone, but you can sort of see what it was, and there is a period-atmosphere restaurant still operating there. (But we found better Orient Express ambience at other stops we’ll mention later!) 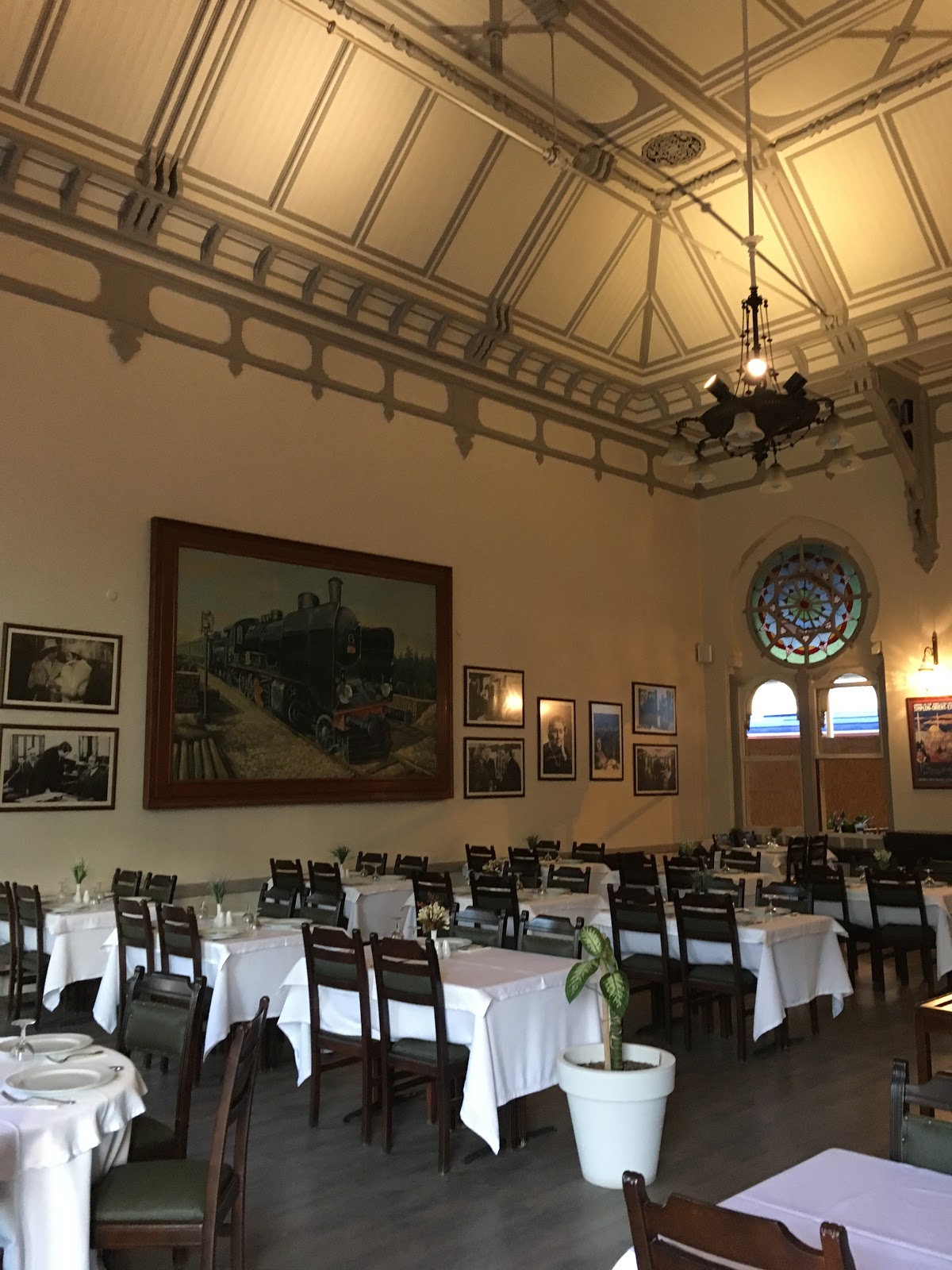 We continued to the waterfront and walked halfway across the Galata Bridge, which spans the Golden Horn. The lower level of the bridge has a number of restaurants—obviously touristy, but we were too tired to care, and we really wanted a beer. The guys on the left really tried to sell it to us to eat at their place. 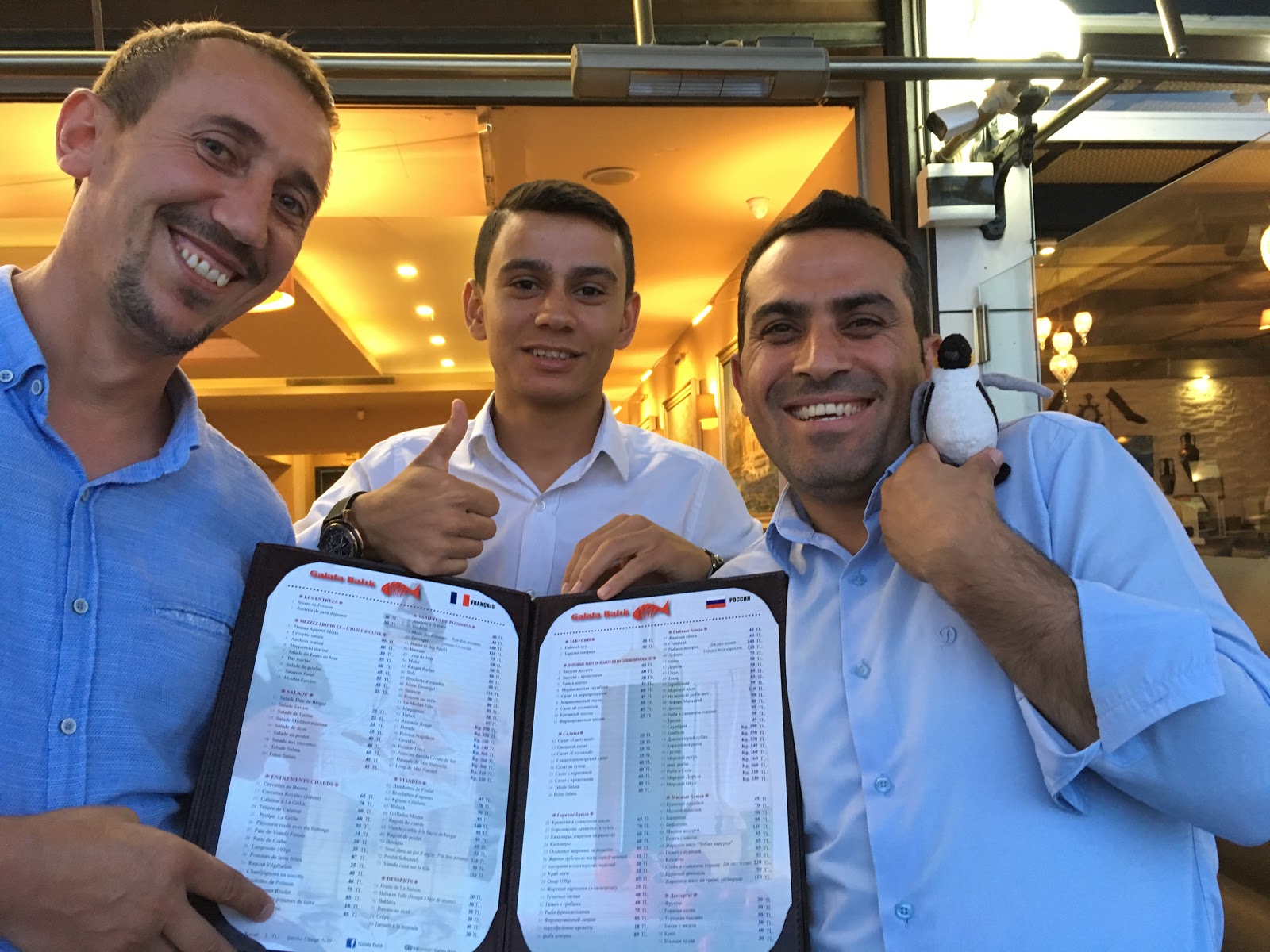 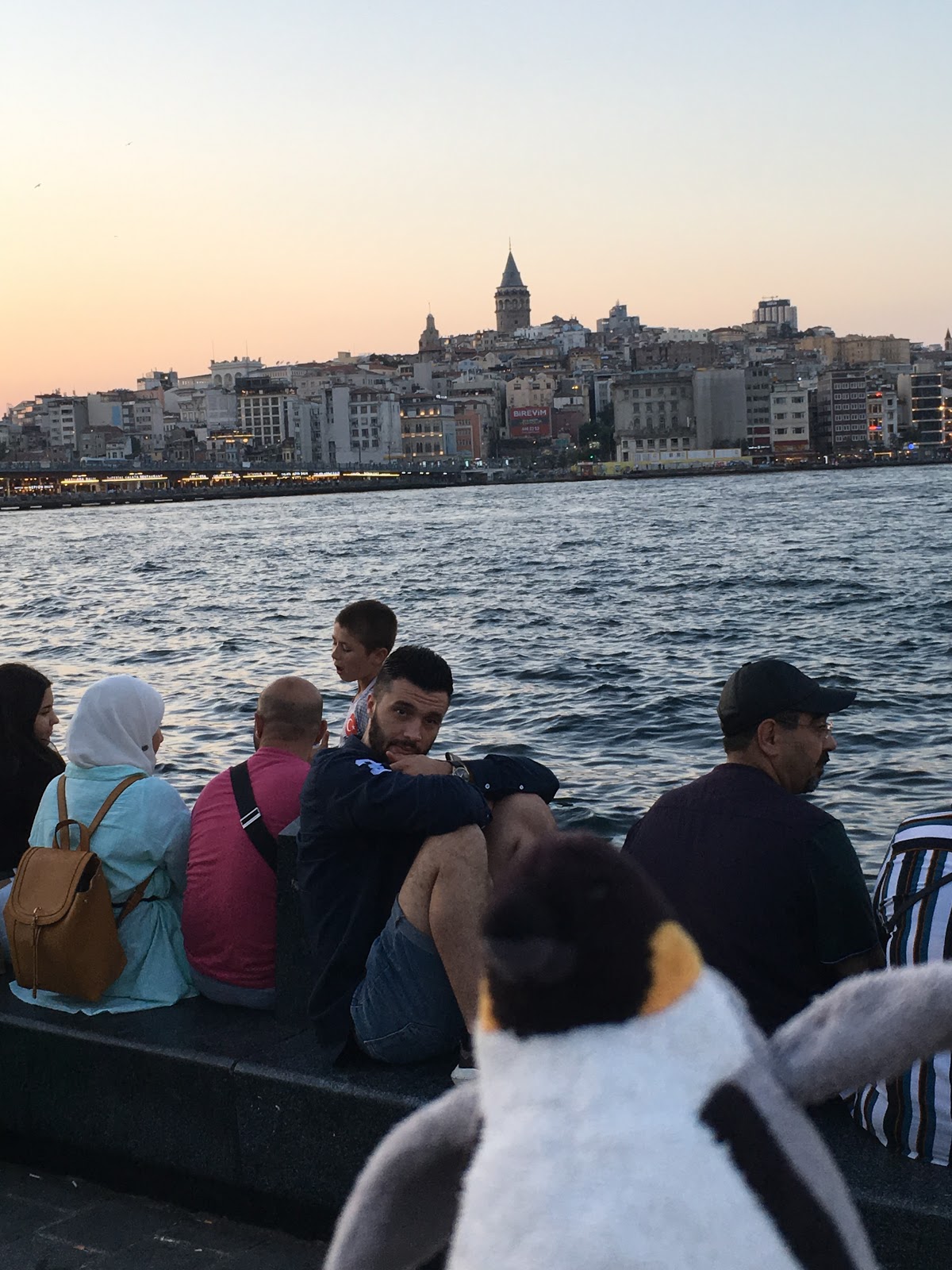 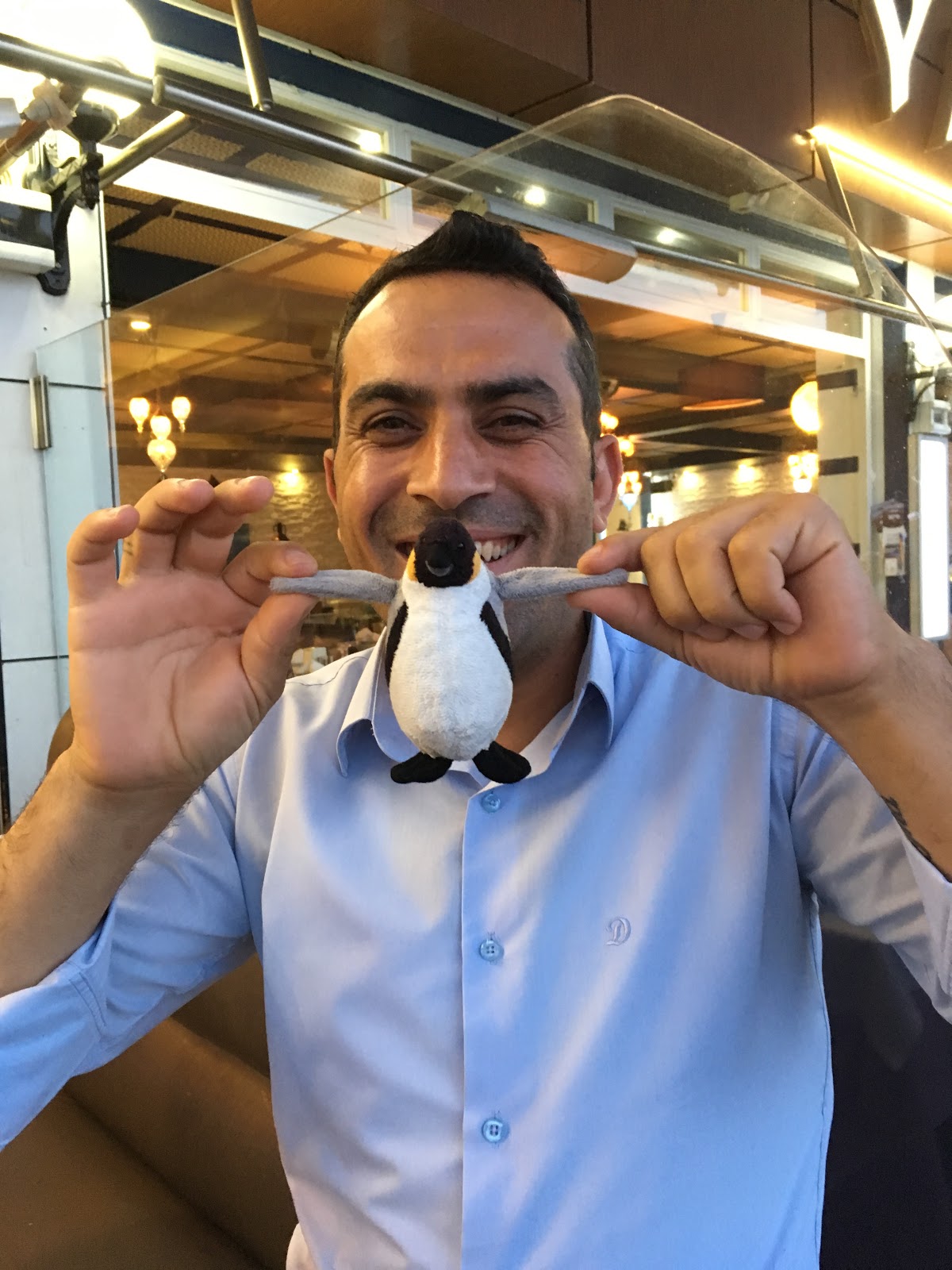 The waterfront is a highlight of Istanbul, I think. Ferries are crawling everywhere, like Hong Kong. There is life and atmosphere. Across the Golden Horn is the hill on which Galata Tower sits, a lookout built in 1349 by the entrepreneurial and seagoing Genoese. Just around the corner to the left is the Bosphorus (literally “ford of the cow,” whence also “Oxford”), which means just around the corner to the right is Asia. The weight of multicultural history is heavy here.

But, by this time, so were our eyelids, so we let the melatonin do its work and put us to sleep so we could jump into a full day tomorrow.