A couple of weeks ago I got to attend my 25th reunion (MIT Class of 1990). As always for these events, the highlight for me was seeing/reconnecting with my former housemates from Baker House, the most awesome dorm/living group on campus. Both for nostalgia’s sake and to save money, I opted to stay in a room at Baker during the reunion. (544—Fifth East—if it matters to you.)  This was the popular “coffin” configuration, the smallest of three different types of single rooms available in Baker. 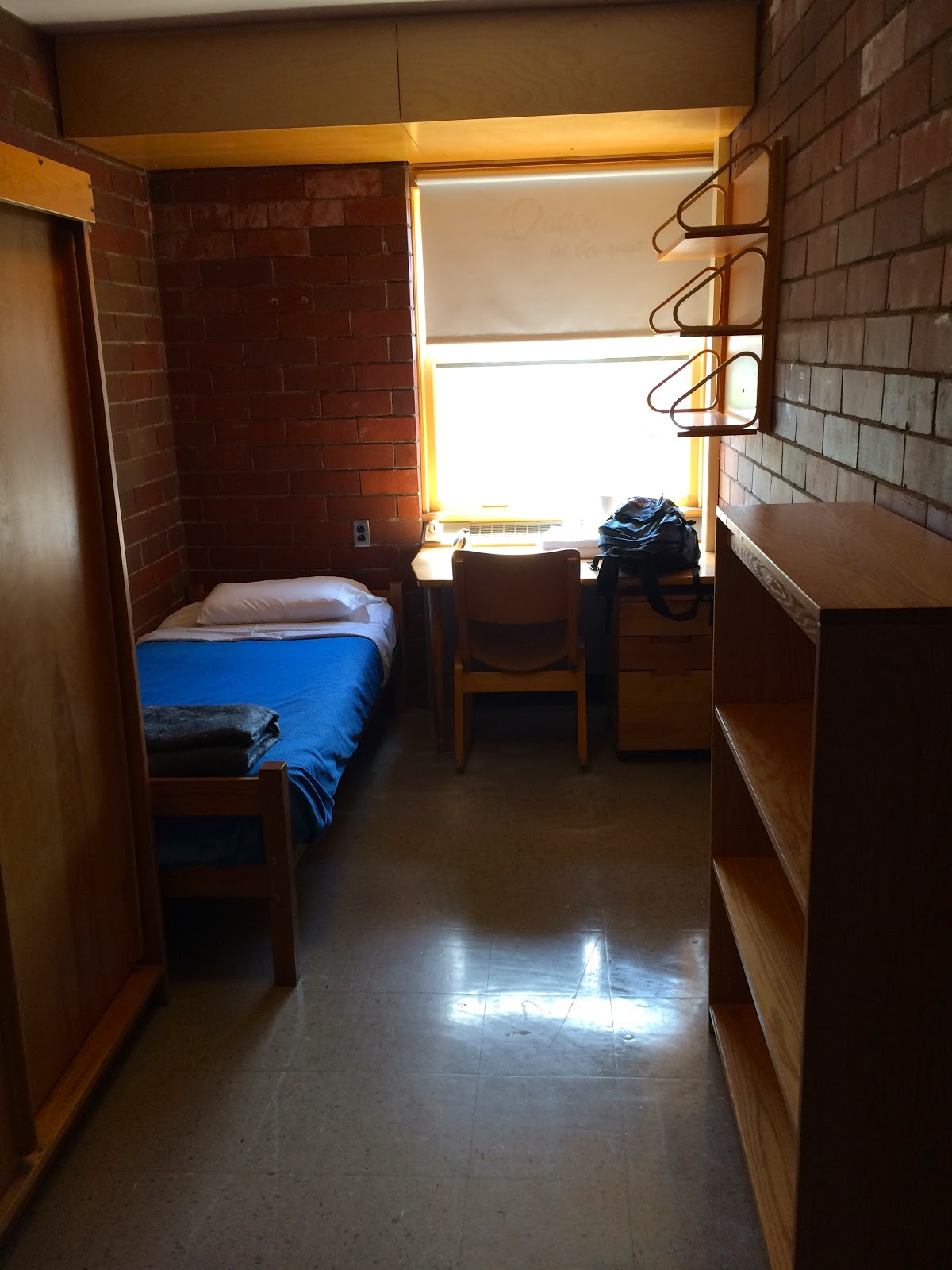 (Ironically, I never had a coffin when I lived there; I lived in a quad freshman year, two weird-shaped back singles 607 and 608 which were removed when the Institute remodeled Baker in 1997 since they weren’t part of the original design, and 331—a pie—senior year.)

My friend Nikki Skinner was also staying in Baker during the reunion (in a triple, since she brought her kids), and when she came by to see my coffin accommodations, she commented to me, “It’s hard to believe that at one time we were able to fit our entire lives inside one of these.”

On the way home I realized how metaphorical that observation was.

A 25th reunion means the number of years since leaving Baker House exceeded my age at the time I entered Baker House.  That’s some sort of inflection point to adulthood, I think.  And while life is really good, it’s also definitely more complicated now.

A “coffin” was large enough not only for our worldly goods (such as they were), but also, metaphorically, our emotional and intellectual concerns.  For most of us back then, the biggest issues we had to deal with were grades, deciding what social opportunities to pursue over the coming weekend, and whether to do the “walk of shame” late at night or just wait and deal with it in the morning.  Surely we had personal matters to deal with as well, some of which may even have seemed at the time to have some gravitas; but speaking for myself, they seem pretty trivial from this distance, compared with what most of us have to deal with as grownups.

So yes, it is hard to believe that there was a time when our lives fit into a Baker House coffin, physically and metaphysically.  That was the privilege of that time, and it’s why I always feel warm and fuzzy when I remember that era and the friends I made, whom I still fly cross-country to see.

As Nikki also said upon arriving in her Baker House accommodations for the reunion: “We’re here…I want to move back!”  I see her point.  Who’s with us?

Baker friends: here’s a few more photos from the event.  It was wonderful to see you all.